Under the guidance of Dugu Choegyal Rinpoche, a week-long Vajrasattva Puja will be held in the monasteries of Tashijong and Changchub Dzong in northern India. You are invited to make a butter lamp offering. One butter lamp will cost £5: 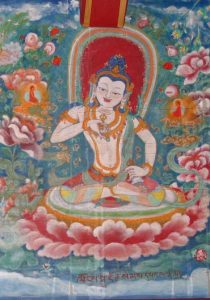 On December 8th a one week Vajrasattva Puja in honour of the late Chögyal Namkhai Norbu, and for the benefit of all beings will take place in the monasteries of Tashijong and Changchub Dzong in northern India.

The monastery of Tashijong in northern India was founded by the 8th Khamtrul (the 'Tulku from Kham') Rinpoche. He had met Changchub Dorje (the Root Guru of Chögyal Namkhai Norbu) in Tibet and there was a great respect between these masters. The connection between the lineages stays alive and in April 2015 the 9th Khamtrul Rinpoche also taught in Merigar, the home of the International Dzogchen Community in Italy.

Tashijong is famous for the yogins who have dedicated their life to practice. They are known as 'tokden'. You can read about them here: Click Here 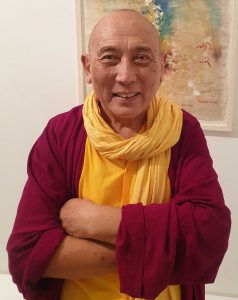 For many decades Tashi Jong has been the home of Dugu Choegyal Rinpoche who is a reincarnate master in the Drukpa Kagyu school of Tibetan Buddhism. He first went to Merigar in 1986 and some years later gave a teaching on Yeshe Tsogyal. He is renowned for his art and was invited by Chögyal Namkhai Norbu to paint the panel of the Twelve Primordial Masters in the Gönpa of Merigar. You can read about the lineage of past reincarnations of the Dugu Choegyal Lineage here: Click Here

At the invitation of the Shang Shung Institute UK, Dugu Choegyal Rinpoche has very kindly taken the initiative to organise the one week Vajrasattva Puja in honour of our precious Chögyal Namkhai Norbu. Both Dugu Choegyal Rinpoche and some of the Tokdens will participate in certain sections of the Puja - which will be carried out by monks and practitioners in both monasteries. Changchub Dzong is a retreat centre in the hills two hours from Dharamsala, where Vajrasattva Pujas will also take place.

If you wish to make an offering for the Pujas, you can buy butter lamps which will be lit throughout. A butter lamp will cost 5 pounds and you can make a donation for your butter lamps here:

£5 per lamp. Please email us your transfer confirmation to this address: events@shangshunguk.org

EUR equivalent of £5 per lamp. Please email us your transfer confirmation to this address: events@shangshunguk.org