Shang Shung Institute will host an iteration of the Exhibition ‘Sky Writing’ at Lekdanling, London*. We are proposing to simultaneously show some of the objects at the NOW Gallery as well as planning for it to tour to other venues in China, India and Bhutan. The centre will exhibit 15 original calligraphic works by Chögyal Namkhai Norbu that were created specifically, to explore the aesthetics and the technique of this art form in which rhythm, line, and structure are perfect embodiments of body, voice and mind. Conveying a spirit where the divine word takes form yet transcends form in single instantaneous brush strokes, each work contains both the beautiful and the sublime. It will be a precious opportunity to see some of his most intimate pieces.

The blank paper surface represents the universe, which in the beginning existed as undifferentiated base; the first stroke, born of the union of brush and ink, unites on paper the harmonious oneness of the universe. As the viewer visually retraces each brush stroke, they share the flow of naturalness and spontaneity expressed, communing with the state of the calligrapher. Aesthetically, the brushstrokes display a three dimensional quality in a two-dimensional space. In this way, the essence of calligraphy becomes a multi-dimensional experience.

The tour of the exhibition is a collaboration between Museo di Arte e Cultura Orientale MACO http://maco.arcidosso.museum/ and the Shang Shung Institute, London https://www.shangshunguk.org/ and steered by the Director & Lead Curator of MACO Alex Siedlecki and Project managed by the Arts Director of Shang Shung UK Anne Bancroft. If the NOW gallery http://nowgallery.co.uk/ will partner for the London tour Kaia Charles, Cultural Projects Manager Greenwich Peninsula, NOW Gallery will be the Exhibition co-ordinator and Curator**.

Calligraphy is used as a means of training both the mind and the body. Calligraphy is much appreciated by Tibetans and Buddhists, used in many aspects: in temple decorations, in writing mantras on different supports, inside amulets, and obviously in writing manuscripts of religious texts and verses of saints and poets like Milarepa and the VI Dalai Lama. In the contemporary art scene, calligraphy is widely viewed as art and there has been a resurgence with Master Scribes such as Tashi Mannox and Paul Antonio. The audience will be those interested in Himalayan and Eastern Art, Buddhism, contemporary calligraphy and the local community. This will be an open exhibition with public programmes such as a Tibetan calligraphy workshop targeted at adults and a printing workshop targeted at families, Calligraphy demonstrations and a series of Lectures on Tibetan scripts.

The Exhibition and public events programming (possibly in collaboration with the NOW Gallery) requires funding of £14,500 to cover transportation fees, framing, marketing and the project management. Income will be generated from the sale of high quality prints and postcards of the objects  and ticketed events. The team will seek local funding for the possible tour to venues in China, India and Bhutan.

** We are looking at developing a working co-ordination with the NOW Gallery in Greenwich, London for collaboration on this project 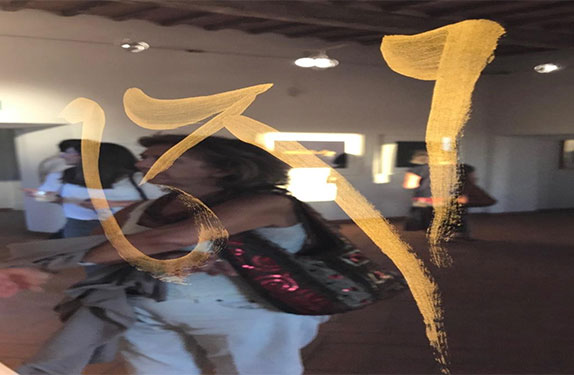