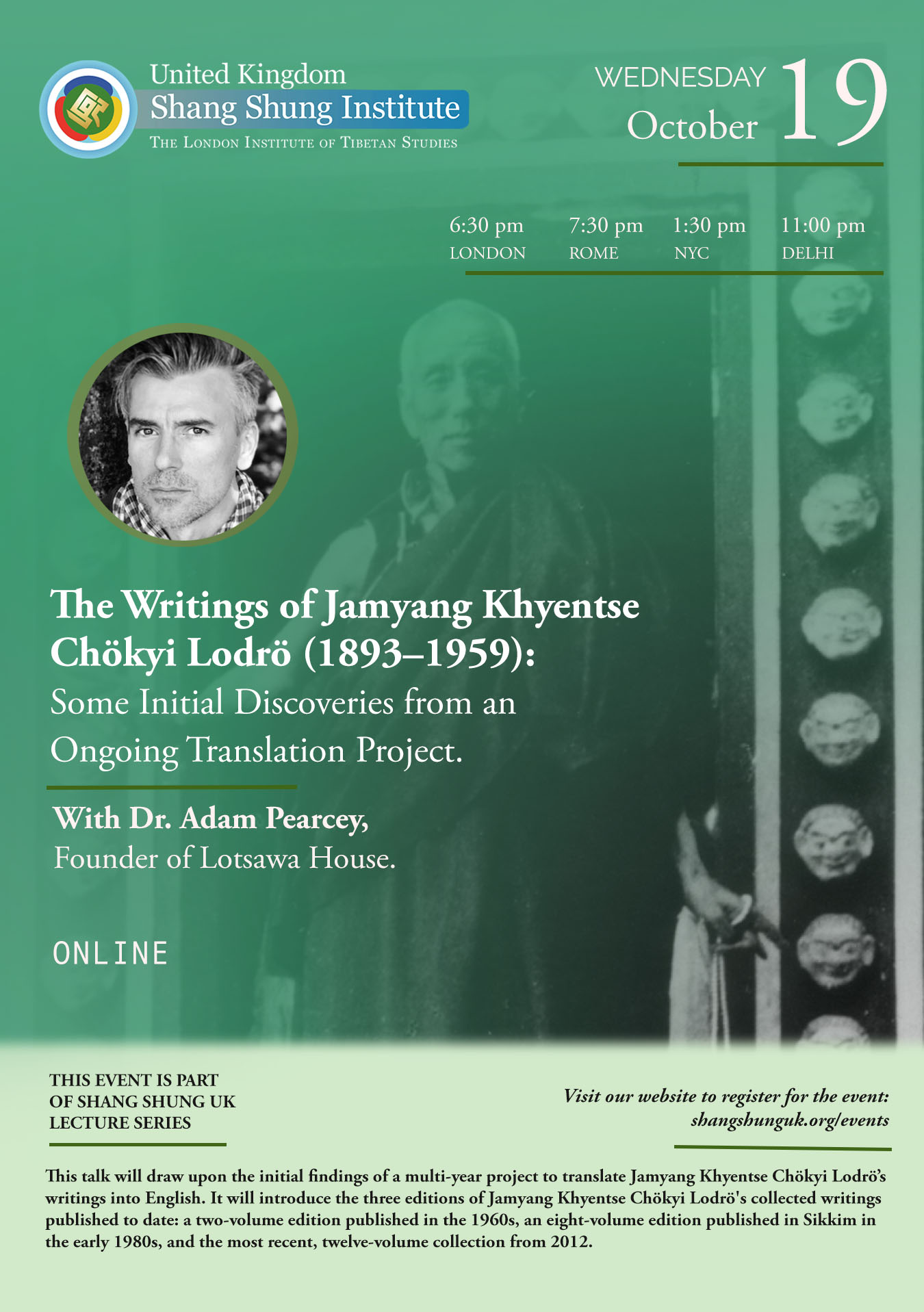 This talk will be recorded. Please register below for an online ticket even if you can’t make it to the talk so that we can add you to the mailing list to send out a copy of the raw recording.

The Writings of Jamyang Khyentse Chökyi Lodrö (1893–1959): Some Initial Discoveries from an Ongoing Translation Project

Jamyang Khyentse Chökyi Lodrö (1893–1959) has been called “the greatest master of many lineages” of the twentieth century. He was regarded as an activity emanation of Jamyang Khyentse Wangpo (1820–1892) and, like his predecessor, received a thorough training in all Tibetan Buddhist traditions and championed the idea of non-sectarianism (rimé).

This talk will draw upon the initial findings of a multi-year project to translate Jamyang Khyentse Chökyi Lodrö’s writings into English. It will introduce the three editions of Jamyang Khyentse Chökyi Lodrö’s collected writings published to date: a two-volume edition published in the 1960s, an eight-volume edition published in Sikkim in the early 1980s, and the most recent, twelve-volume collection from 2012. We will consider how these collections were produced, what type of material they contain, and what this literature might reveal about Jamyang Khyentse’s life and concerns. Finally, we will ask what conclusions, if any, we can draw from this one example of how an individual master’s writings have been compiled within the Tibetan tradition.

Adam Pearcey is the founder of Lotsawa House, an online repository of Tibetan Buddhist translations, currently hosting more than 3000 texts in nine languages. He completed his PhD at SOAS, University of London, in 2018 with a thesis on Dzogchen, scholasticism, and sectarian identity in early twentieth-century Tibet and is currently leading a project to translate the collected writings of Jamyang Khyentse Chökyi Lodrö (1893–1959).