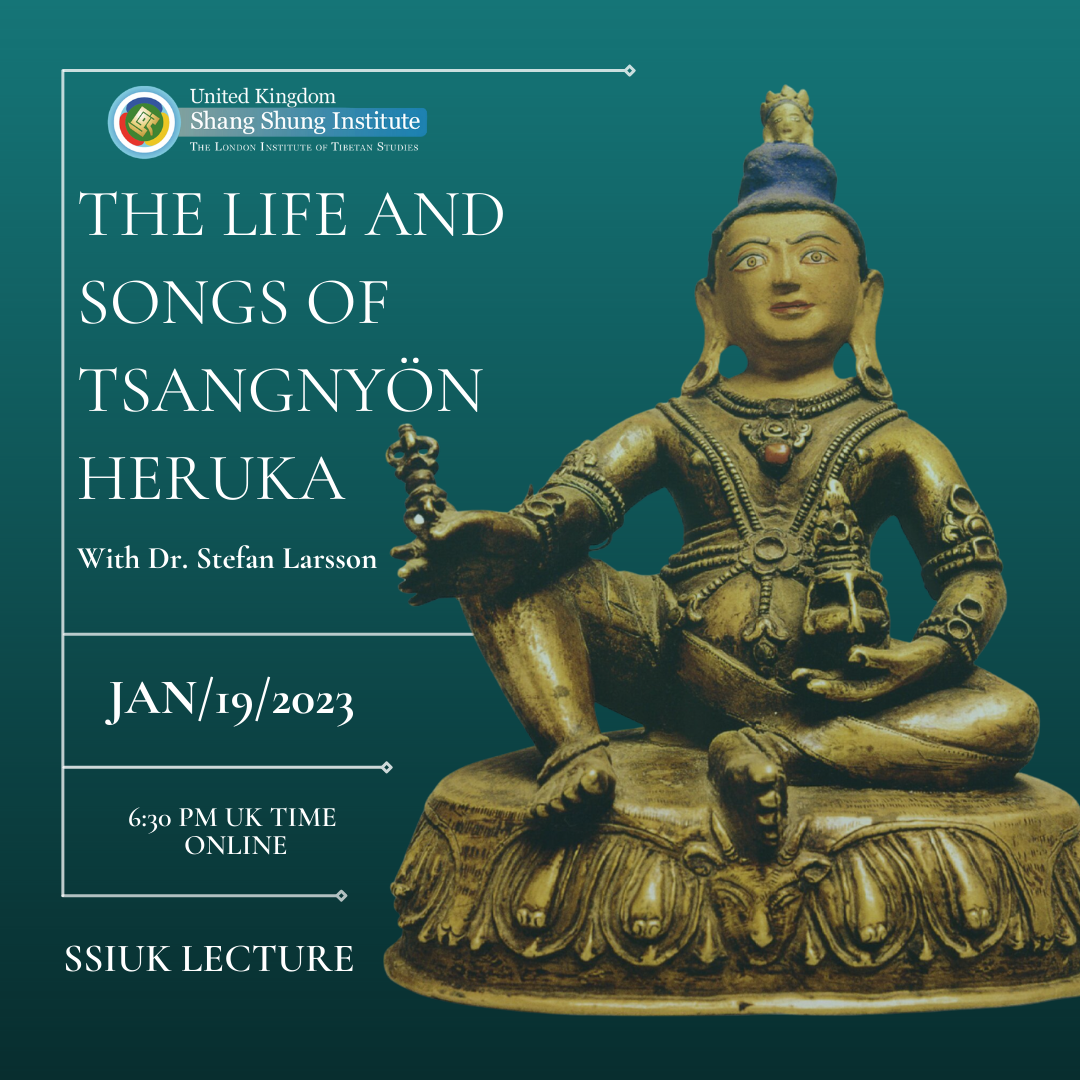 SSIUK Lecture: “The Life and Songs of Tsangnyön Heruka” with Dr. Stefan Larsson

The Life and Songs of Tsangnyön Heruka

The Tibetan “mad yogi” (rnal ’byor smyon pa) Tsangnyön Heruka (1452-1507) was an important figure in the history and formation of Buddhist songs of realization (mgur) and biographies of liberation (rnam thar) in Tibet. He and his disciples authored and published many such texts. Tsangnyön’s version of the life story and collected songs of Milarepa (printed in 1488), and his life story of Marpa (printed in 1505) stand out as particularly significant. These works became extraordinarily popular in Tibet and beyond. The life and songs of Milarepa and the life of Marpa have been translated to numerous languages and are counted as classics of world literature.

Given his position as one of Tibet’s most important authors, and perhaps the most influential mad yogi in Tibetan Buddhism, it is somewhat surprising that Tsangnyön’s own life story and songs never became widely disseminated.

Primarily drawing upon three biographies about Tsangnyön that his disciples composed after his passing, and upon Tsangnyön’s songs, which are included in two of these biographies and as a separate collection (mgur ’bum), this talk will shed some light upon this important and colorful Tibetan master. His life story and most important activities will be outlined, and citations from some of his songs will included in the talk. 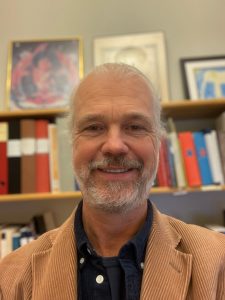 Stefan Larsson is an associate professor in the History of Religions. He is currently employed as a senior lecturer and research fellow in Religious Studies at the University of Gävle (in Sweden). His research focuses on the non-monastic and practice-oriented aspects of Tibetan Buddhism, particularly as evidenced in Buddhist songs and biographical literature of the fifteenth and sixteenth centuries. Besides articles, his publications include the books Crazy for Wisdom: The Making of a Mad Yogin in Fifteenth-Century Tibet (Brill 2012) and Tsangnyön Herukas sånger (Nordic Academic Press 2018). Moreover, he is the co-editor of the book Songs on the Road: Wandering Religious Poets in India, Tibet, and Japan (Stockholm University Press 2021).

For more information on Tsangnyön Heruka, his works and tradition:

See his entry on the Treasury of Lives website: https://treasuryoflives.org/biographies/view/Tsangnyon-Heruka/6856

For a translation and study of Tsangnyön Herukas songs in Swedish, see: