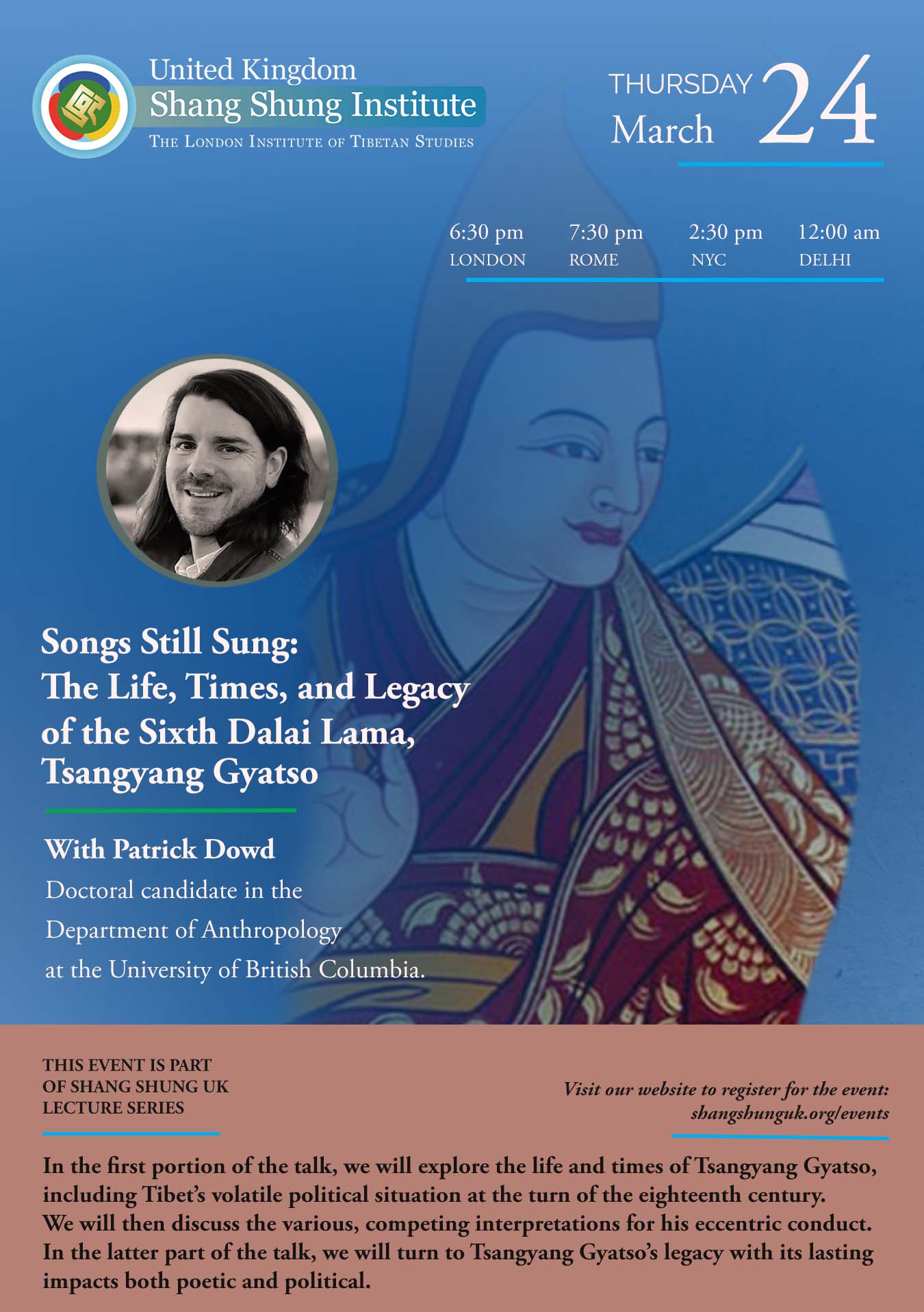 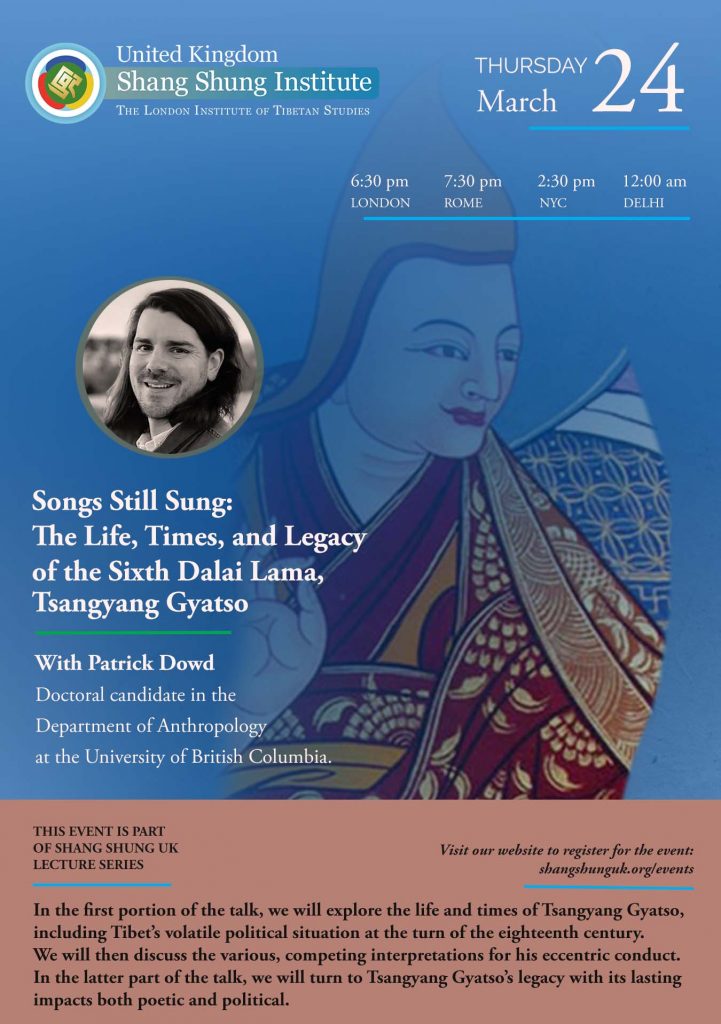 Few figures on the Tibetan plateau have inspired such endless fascination as the Sixth Dalai Lama, Tsangyang Gyatso. Described as “Central Asia’s most famous playboy,” Tsangyang Gyatso is the only member of his reincarnation lineage to reject monastic vows and openly live as a layman. He is popularly remembered as a poet and libertine, with his fondness for wine and women memorialized in a collection of poems that remains popular to this day. Yet so much of his life, from the authorship of his poems to the date of his death, remains shrouded in mystery, and explanations for his highly unconventional behaviour vary dramatically. In the first portion of the talk, we will explore the life and times of Tsangyang Gyatso, including Tibet’s volatile political situation at the turn of the eighteenth century. We will then discuss the various, competing interpretations for his eccentric conduct. In the latter part of the talk, we will turn to Tsangyang Gyatso’s legacy with its lasting impacts both poetic and political.

Patrick Dowd is a doctoral candidate in the Department of Anthropology at the University of British Columbia. His dissertation research focuses on the culture of Tibetan language and the oral-written interface within the world of Tibetan Buddhism. Prior to starting his PhD, he spent several years researching, studying and collaboratively working with Tibetan-speaking communities in the Himalaya.