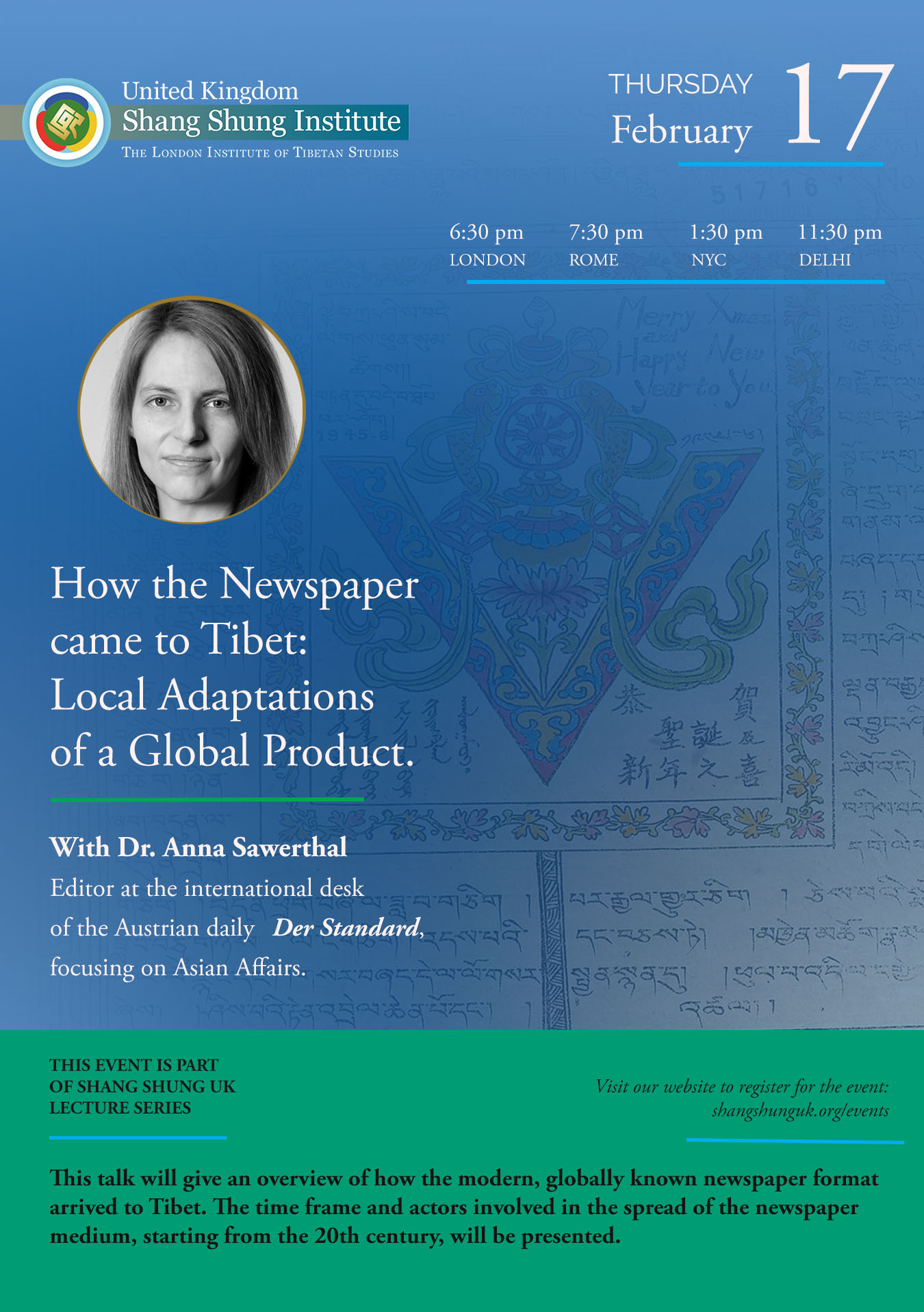 SSIUK Lecture: How the Newspaper came to Tibet: Local Adaptations of a Global Product with Dr. Anna Sawerthal 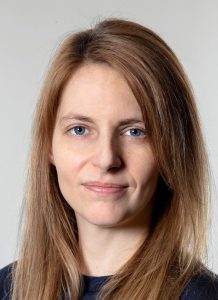 Dr. Anna Sawerthal is an editor at the international desk of the Austrian daily “Der Standard”, focusing on Asian Affairs. She gained a doctoral degree in Transcultural Studies at Heidelberg University and her Mag.phil. degree at the University of Vienna in Tibetan and Buddhist Studies. She has spent extended periods in Lhasa, Kathmandu and the Indian Himalayas.