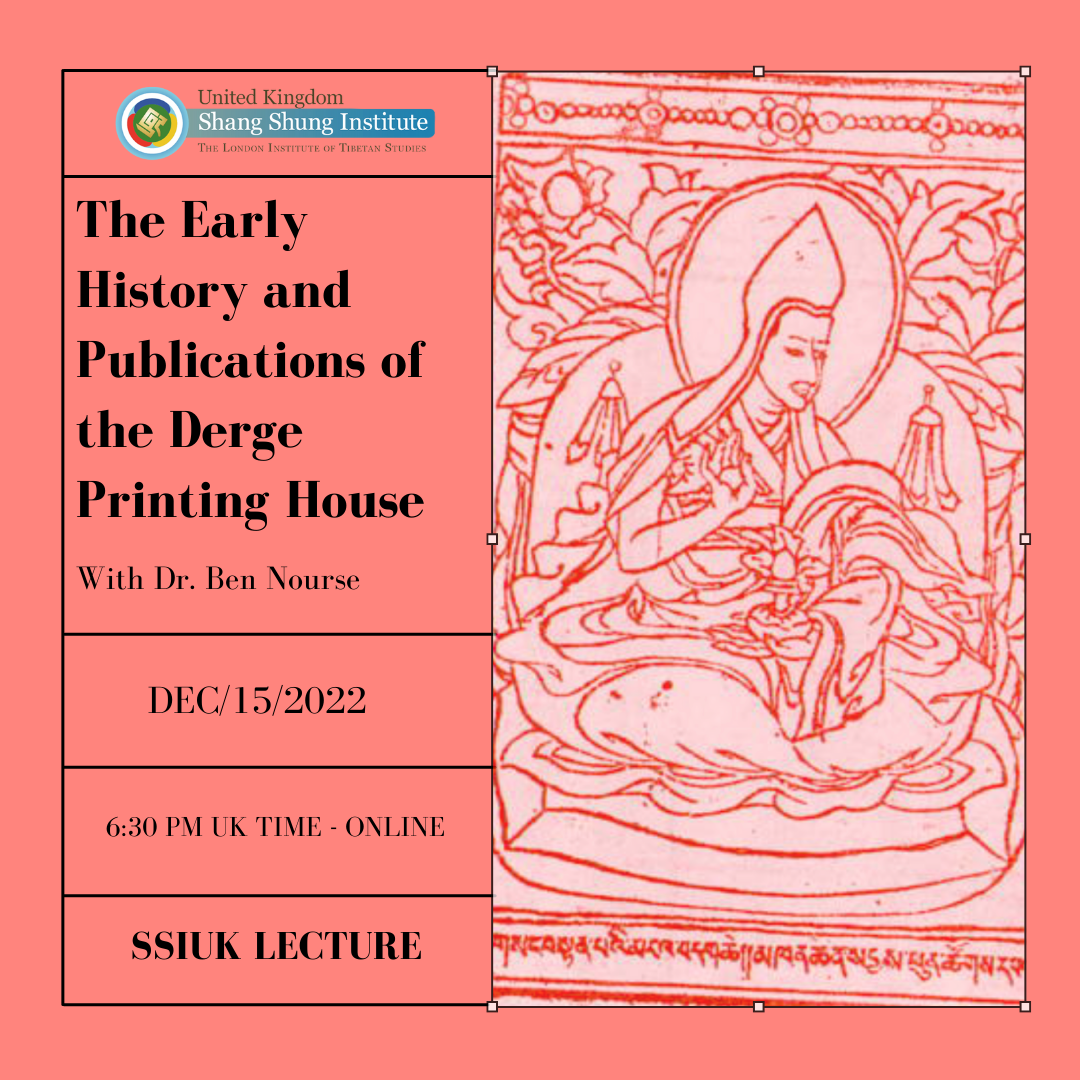 The Early History and Publications of the Derge Printing House

The Derge Printing House in eastern Tibet (in contemporary western Sichuan province of the PRC) is one of the most well-known Tibetan woodblock printing houses, famous for its editions of the canonical collections the Kangyur and Tengyur. However, the early history of the printing house is not as well known, particularly the printing activities that took place in Derge prior to the large Kangyur and Tengyur projects. After introducing the process of woodblock publishing at the Derge Printing House, this talk will elaborate the early history of the institution and demonstrate the important links between Derge and central Tibet that influenced the founding of the printing house and the literature that was published there.

For instance, one of the primary instigators of printing in Derge was a religious figure from central Tibet, Sanggyé Püntsok (1649-1705), the twenty-fifth Khenchen (“Great Abbot”) of Ngor monastery in central Tibet. He traveled to the Derge region at the end of his life and encouraged the royal court to take up printing. The result was a beautiful bilingual (Sanskrit-Tibetan) edition of the Perfection of Wisdom in 8000 Lines with illustrations of the life of the Buddha. Following the lead of Sanggyé Püntsok, Sakya hierarchs from central Tibet continued to travel to Derge throughout the eighteenth century and take part in publishing at the printing house.

Ben Nourse is assistant professor of Buddhist Studies at the University of Denver. His research explores the history and culture of Tibetan Buddhist literature and books. He is currently at work on a book-length study of the growth and impact of Tibetan woodblock publishing from the seventeenth through the nineteenth centuries. His most recent publication is an article in East Asian Publishing and Society on the publishing history, translation, and uses of a ritual text written by the Fifth Dalai Lama (1617-1682). He earned a BA in Asian Studies from the University of Wisconsin-Madison and a MA and PhD in Religious Studies from the University of Virginia. He has received fellowships and grants from the Fulbright-Hays program, the Asian Division of the Library of Congress, the Rare Book School, the University of Wisconsin Libraries, and the Jefferson Trust. He is a Senior Fellow in the Andrew W. Mellon Society of Fellows in Critical Bibliography at the Rare Book School.