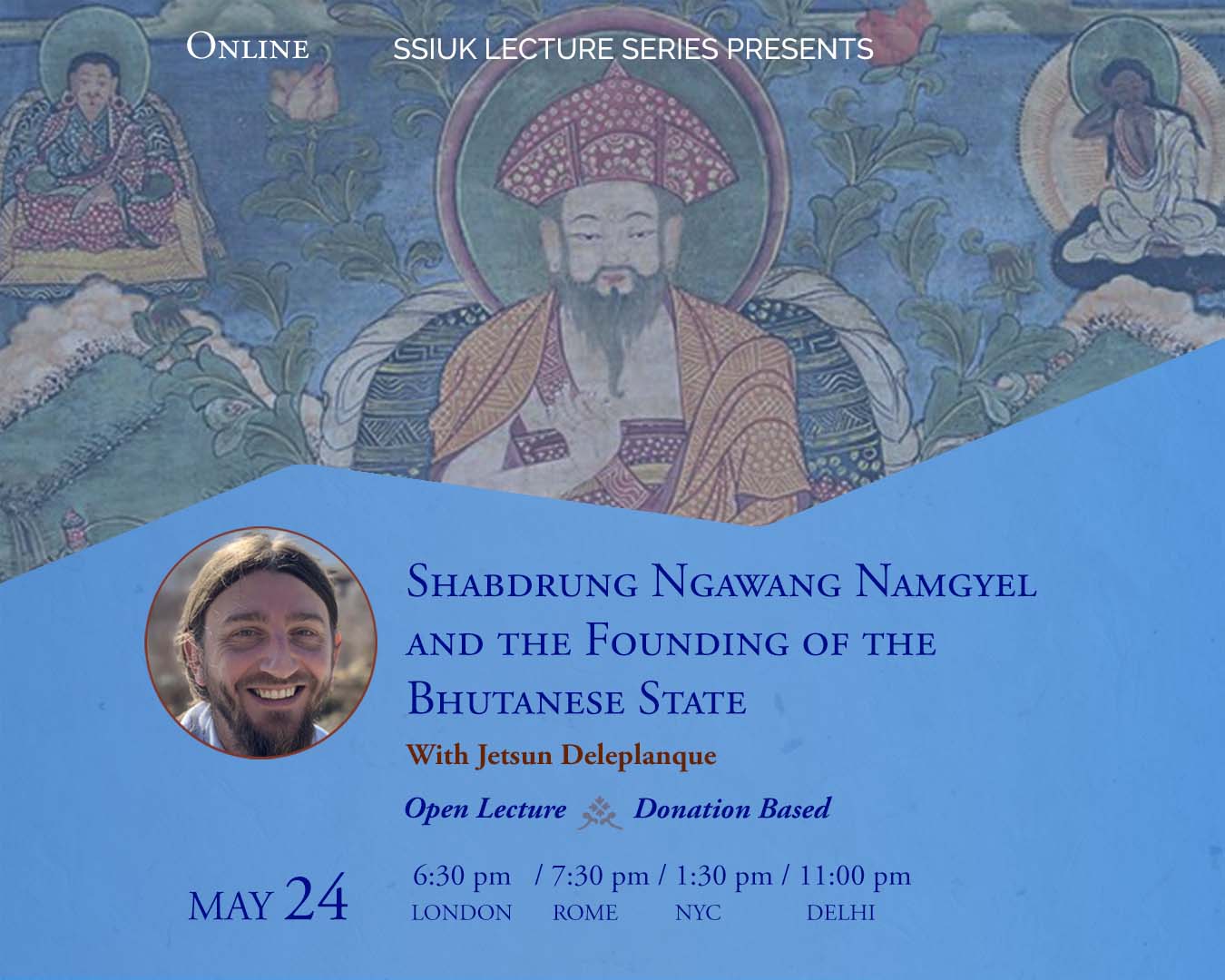 SSIUK Lecture: Shabdrung Ngawang Namgyel (1594-1651) and the Founding of the Bhutanese State by Jetsun Deleplanque

In 1616, at the age of 22, Shabdrung Ngawang Namgyel fled his monastic estate of Ralung in the southwest of Tibet following a dispute over his status as the reincarnation of the celebrated Drukpa scholar Pema Karpo (1527-1592). The king of Tsang, who officially supported another claimant to the reincarnation of Pema Karpo, was rumored to have sent an army to the Shabdrung’s estate. Following a series of visions in which the protector deity of his lineage advised him to found a new religious estate in the Southern Valleys of Medicinal Herbs (lho sman ljongs), Shabdrung Ngawang Namgyal packed the most precious religious relics and artifacts of his monastery and, under the cover of night, fled south with his most trusted attendants. Within two decades of his arrival in the southern valleys, Shabdrung Ngawang Namgyal was able to accomplish the remarkable feat of consolidating under his single authority the various political and religious factions of the land, repel a number of military attacks from his Tibetan adversaries and found the state known today as the Kingdom of Bhutan. This talk will introduce you to the life and legacy of Bhutan’s founding figure and explore the characteristics of his vision of a Buddhist state in the region.

Jetsun Deleplanque is a PhD candidate at the University of Chicago, currently completing his dissertation entitled Visions of Theocracy: the Rise of Ecclesiastical Power in Tibet and the Founding of the Bhutanese State. He has lived and studied in Bhutan for a number of years.