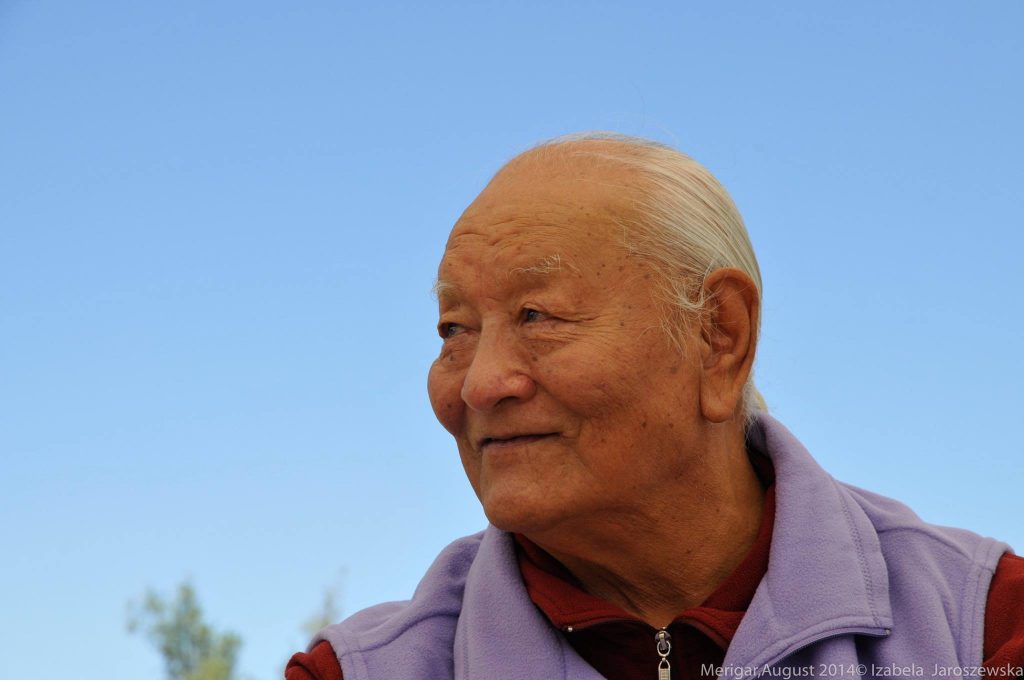 Born in Derge, eastern Tibet in 1938 and recognised as a Tulku (a reincarnation) at an early age, Professor Namkhai Norbu was among the last generation of Tibetans to have been fully educated in Tibet. He spent the 1940's and 1950's at the famous Sakyapa monastic college Derge Gonchen engaged in an in-depth study of Buddhist scriptures including logic, philosophy and medicine. He also received many Tantric and Dzogchen transmissions and teachings from many of the leading masters of the day. He completed his studies at Derge Gonchen whilst still in his teens. By the end of the 1950s he had already acquired a notable reputation for his knowledge of Tibetan culture and Buddhism.

Here he focused his research on the early history of Tibet and the origins of Tibetan culture.Professor Namkhai Norbu is the author of many influential and profound works on Tibetan history and culture, a number of which have been translated into English: The Light of Kailash, Necklace of Gzi, Journey Among the Tibetan Nomads and Drung Deu Bon. These works reveal his commitment and determination to keep the extraordinary cultural heritage of Tibet alive and fully accessible. He has also written numerous works on Dzogchen.

Professor Namkhai Norbu also founded a non-profit organization called A.S.I.A. (Association for International Solidarity in Asia), which operates in Tibet and China and is dedicated to serving the Tibetan people in the areas of education, health, training, disaster relief and sustainable economic development.

Several of of these publications have been translated into English, Italian and many other modern languages:

Birth, Life and Death according to Tibetan Medicine and the Dzogchen Teachings

Dream Yoga and the Practice of Natural Light

Journey Among the Tibetan Nomads

Key for Consulting the Tibetan Calendar

Longchenpa’s Advice from the Heart

The Crystal and the Way of Light: Sutra, Tantra and Dzogchen

The Light of Kailash (in 3 volumes)

The Necklace of Gzi

Tibetan Yoga of Movement: Art and Practice of Yantra Yoga

Shang Shung Institute UK, a non profit institute, connects people for the maintenance and development of Tibetan and Himalayan culture in person & online.