Lungtas, or prayer flags, whose origin dates back to the pre-Buddhist Bonpo religion, are squares of cloth on which are printed four animals at the four corners; tiger (symbol of the wood or air element), snow lion (symbol of the earth element), garuda, (symbol of the fire element), dragon (symbol of the water element). At the center, as a symbol of the internal elements of the individual, one finds a wind horse which carries on its saddle a wish fulfilling jewel. Lungtas come in five colours - white, red, green, yellow, and blue - which represent the five personal elements and those of the year. These elements can be in conflict with each other, for example, when the element of life of a person is fire and the life element of the year is water. In these cases to avoid a year full of problems, it is best to prepare lungtas and empower them with mantras for harmonising the elements of the individual and the year. (Chögyal Namkhai Norbu, Lungta)

Your Lungta will be hung in Pharping, near Kathmandu in Nepal.

Pharping is the sacred site where Guru Padmasambhava attained realisation of the level of Mahamudra Vidyahara. For this reason it is visited by pilgrims and is considered to be for Vajrayana practitioners as important as Bodhgaya because it is where the second buddha Guru Padmasambhava attained the state of enlightenment. For this reason, we have chosen Pharping as an auspicious place to hang your Lungtas for Losar.

There are two major practice caves in Pharping blessed by Guru Rinpoche: the Asura cave and the Yangleshö cave. Pharping has not only been blessed by the master of Oddiyana's practice with his consort Shakyadevi and his attainment of the vidyadhara level of Mahamudra, it has been also visited by many great beings, like long term resident Marpa Lotsawa, who practised, made offerings, ganachakra feasts, and aspiration prayers. 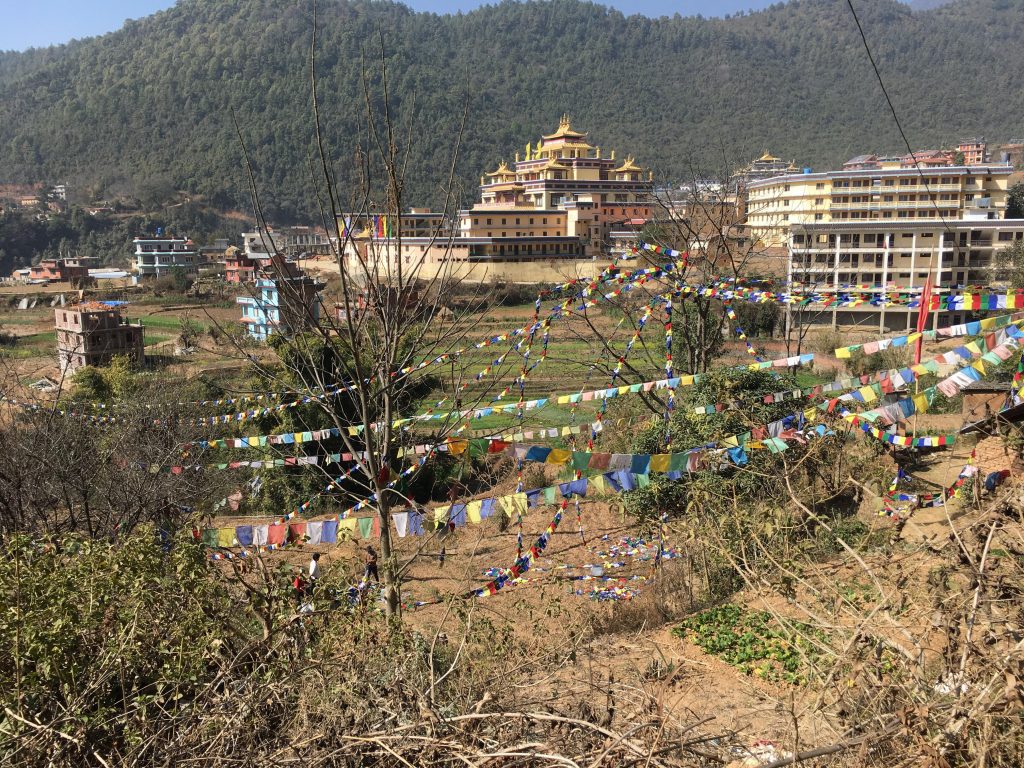 🌞 As we do every year, on the days of the Losar (Tibetan New Year, this year will be on March 3rd) we provide the service of hoisting Lungta Prayer Flags in the sacred place of Pharping, Nepal.

🌞 Traditionally, Lungtas are hung at the time of the Tibetan New Year (Losar) in order to promote health, harmony and prosperity for the year to come.

🌞 The Prayer Flags will be blessed by Drugu Choegyal Rinpoche!

Specific years that have conflicts with the Year of the Water Tiger 2022:

By buying Lungtas you are also supporting the cultural activities of the Shang Shung Institute UK, London Institute of Tibetan Studies. To see the list of our past activities please CLICK HERE.

Cost: 5 pounds per set of Lungta flags
(One set is made up of 5 flags, it is customary to hang the number of Lungta corresponding to your age). 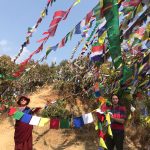 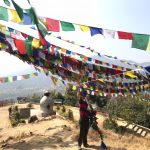 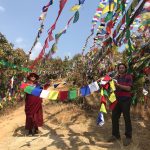 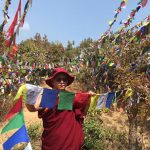 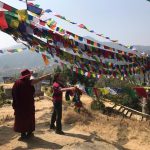 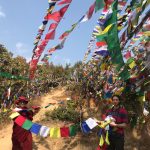